Using the forest to protect potatoes

The forest constitutes one of the most beautiful and great wealth of Quebec, with a forest cover representing 2.3% of the world’s forest. The exploitation of this resource generates many residues such as bark. Although the forest industry valorizes a part of the 2 million tons (dry basis) of bark residue to produce bioenergy through combustion, the bark is not used to its full potential. Since bark is the first line of defense against environmental conditions as well as against attacks from insects, animals and microorganisms, several molecules are produced by the tree to survive to these different stresses. These molecules can be extracted from the bark to produce what are called extracts. Knowing this, it becomes interesting to study the properties of forest extracts and to develop biobased products for various applications.

The properties of bark

Nowadays, a few research teams, including Innofibre, have studied the properties of extracts from black spruce, birch, aspen, maple and other tree species. Their results showed that the bark extracts are antimicrobial, antioxidant, anti-inflammatory, biostimulant, etc. Which is why our ancestors used bark remedies! By valorizing such properties, it is possible to develop products intended for many markets: nutraceutical, pharmaceutical, cosmetic, agricultural, sanitary, etc.

These properties of barks draw attention from the potato industry. Indeed, many tuber losses occur during the storage period. These losses, due to early germination and to the development of diseases, cause heavy economic losses that can reach 10% of the harvest annually, or about $ 75 million in Canada. To limit this problem, potato producers often use synthetic chemicals, such as chlorpropham (CIPC). However, its use has harmful consequences for the environment and the consumers health.

The goal: to rescue potatoes with forest extracts

There is a double interest in developing a product based on forest extracts : on one hand, we want to develop an antisprouting and antimicrobial product to prevent losses associated to the early sprouting of potatoes and to the spread of diseases, such as soft and dry rot. On the other hand, we want to replace problematic chemicals. Thus, through this project, Innofibre and its collaborators aim to develop an ingredient, based on extract of bark from Quebec tree species, for the post-harvest conservation of potatoes.

After the production of nearly 50 various extracts from balsam fir, yellow birch and black spruce residues, antimicrobial and anti-sprouting tests were carried out in the laboratory to determine their potential. From these tests, two extracts derived from black spruce stood out for their ability, one to inhibit the growth of microorganisms responsible for causing soft and dry rot, and the other to prevent sprouting of potatoes.

Following these promising results, Innofibre called on Agrinova, a college center for technology transfer (CCTT) specialised in agriculture, to conduct tests in its experimental warehouses in order to confirm the effectiveness of these two black spruce extracts under representative conditions of potato growers storage. In a first trial, during the 2019-2020 storage season, approximately 4,000 tubers were treated. Currently, a second test is underway with more than 40,000 samples. The results are already looking promising. The antimicrobial extract is effective in reducing the development of soft rot caused by Pectobacterium sp. as well as dry rot caused by Fusarium sp. For its part, the anti-germinating extract limits germination by burning the germs.

As this project ends this spring 2021, Innofibre is currently planning a second phase. This will allow the forest ingredients to be formulated into a product that is easily applicable by potato growers and that will optimize the effectiveness of the extracts. Taste tests will also be carried out to verify whether the forest extracts have an impact on this essential aspect. Other objectives of this phase will lead a little closer to the commercialization of these products, which are eagerly awaited by the potato industry.

This project is carried out in collaboration with many academic institutions, college centers for technology transfer as well as industrial and financial partners. 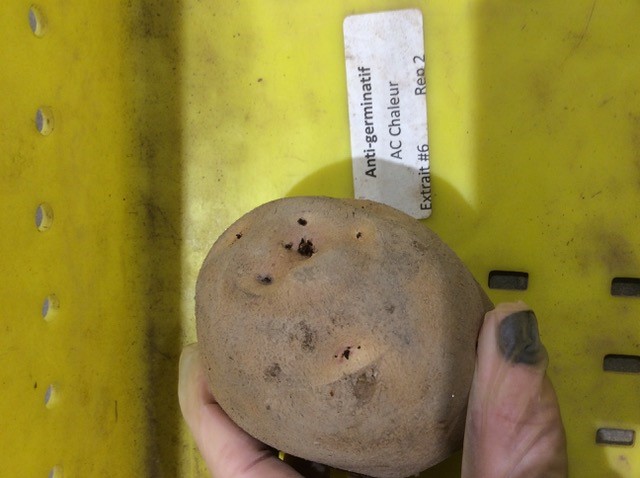 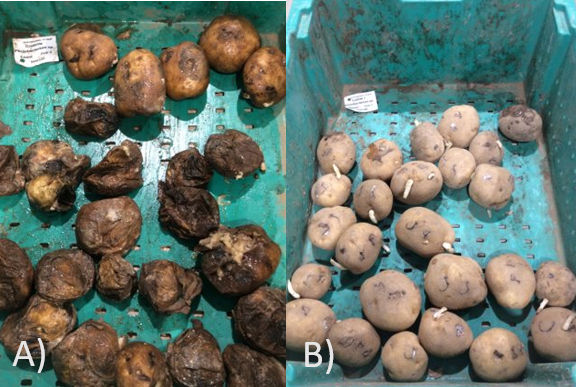 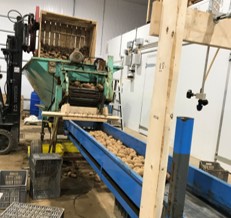 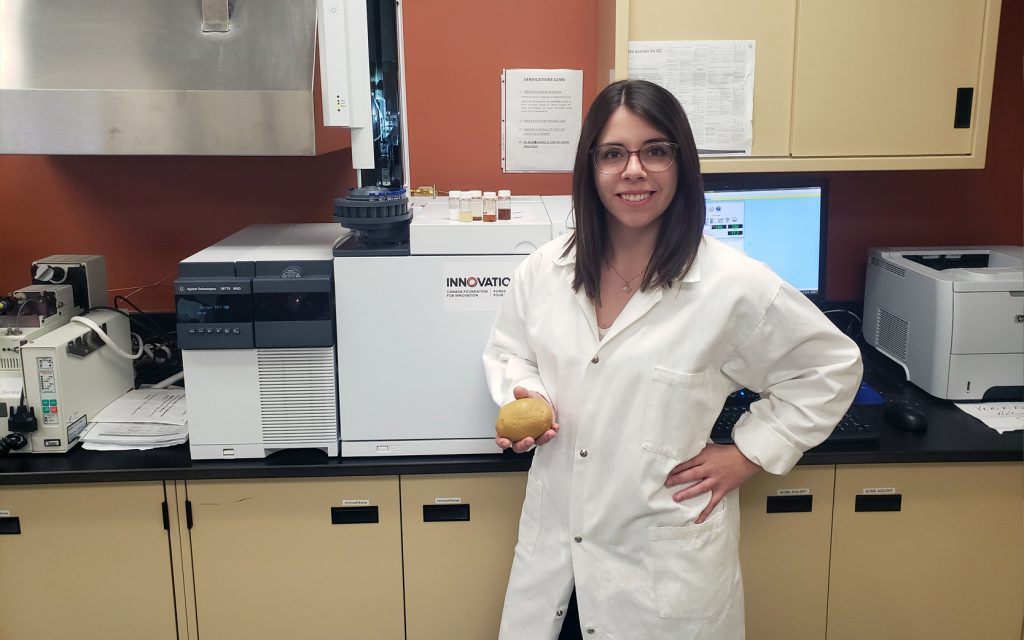 Our team will be pleased to respond as soon as possible and to help you with your project.